When Divorce Is Involved Into your Adoption Process 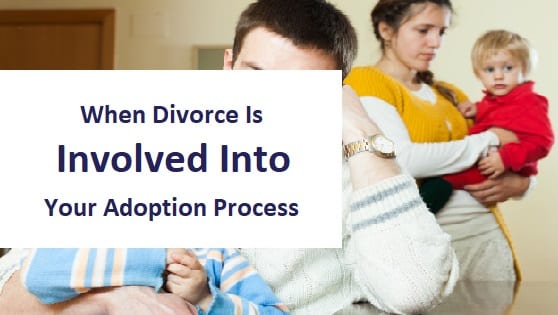 Once a couple gets divorced, they finish their lawful partnership with each other. Still, both parties have legal rights and obligations connected to their children, whether they were born within marriage or adopted. In most cases, the fact that your kids were adopted doesn’t differ them from biological ones. However, there are some exceptions.

When parents decide to adopt a child, they enter into certain commitments connected to that kid, as well as acquire certain rights once the adoption process is wrapped up. The parent has the responsibility to look after and also provide for the child, just as with children born of the marital relationship. In addition, the parent has a right to make crucial choices related to the adopted children, including choices regarding his or her education, religious beliefs, extracurricular activities as well as various other elements of his/her life.

In some scenarios, both parents adopt a child that is not biologically related to either of them. In other instances, a step-parent adopts the kid of the other parent. The court might consider the biological link and for how long the step-parent has been a legal parent to the child as part of the factor to consider, however this info may not be definitive in the child custody determination.

Legal Rights And Responsibilities After Divorce

The rights and responsibilities taken after adoption remain in force after divorce. Adoptive parents may get joint custody, or one of them might be given primary custody. Some states compare lawful custodianship, which is the capability making decisions relating to the youngster, and also physical custody. Very often, both parents keep complete lawful guardianship, yet one might get a higher amount of physical custody. To know what option is more probable for you in Kentucky, contact a local adoption lawyer for more information.

See Related Post: 8 Steps to If Divorce is Inevitable

One more prospective way that the adoption can be affected is if the moms and dads were currently preparing for divorce when they commenced or were in the middle of the adoption process. A biological mother may claim that the adoptive parents committed fraud or misstated that the child would be elevated in a two-parent household when they recognized this would not be the case. If the court finds fraud did happen, the adoption could be found to be null and void, and the biological parent may recover his/her adult legal rights.

In such a complicated situation when adoption and divorce are combined, you deinitely require professional legal assistance. At the law firm of Clagett & Barnett, we serve people throughout the Elizabethtown and surrounding areas in all aspects of the adoption and divorce process.

We have more than 25 years of experience in law and he have worked on more than 3000 cases. Contact us and let professionals help you solve this issue.