Step-Parent Adoption: Do You Need The Birth Parent’s Consent? 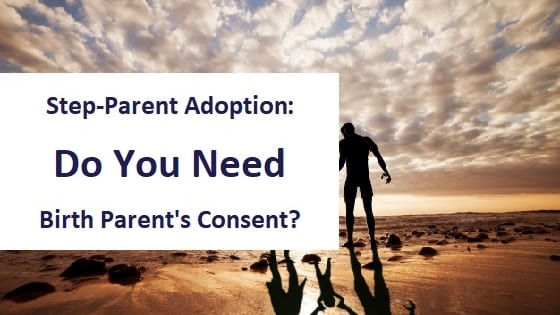 For a long time a traditional family considered to be the one consisting of a child, working father and a housewife. Nowadays, with the raise of divorce and also various other social modifications this term became a bit of a misnomer. What hasn’t changed is that strong ties create strong families. For that reason, many couples that have children from previous relationships choose step-parent adoption to reinforce that strength. The main factor to take into consideration is the legal side of this situation.

You may have checked out somewhere else that the birth parent’s permission is always needed to adopt a stepchild. This is not a strict rule, and significantly simplifies the case. While getting the biological parent’s consent might make the adoption process easier, you do have choices if that consent is denied. However, in the majority of such situations in Kentucky you will require the participation of a family law attorney.

The law does acknowledge a biological parent’s legal rights, assuming the parent stands up his/her end of the bargain by taking parental responsibility. If the birth parent keeps a presence in the child’s life, provides the essential (both financial and emotional) child support and also is not abusive, then yes, you need the consent from this person.

Even if a biological parent refuses to consent, you may still be able to break off the relationship legitimately. Family law functions in the interests of your child and enables to remove an absent or abusive parent so that a stepparent could legally seal the role she or he is most likely already playing in your child’s life.

Although state regulations differ, in Kentucky you could typically get the court to recognize abandonment when a child has not had contact with a biological mother or father for 90 days or longer. Financial support plays an important role in this too. Some moms and dads, unfortunately, should be pushed into paying child support by lawful means. In these instances, the biological parent might attempted to hide income or otherwise trick the court system. Also if the parent has made regular child support payments, any previous attempts to prevent those repayments may persuade a court to end parent legal rights. Even if the parent has actually kept in touch with the child, but failed to provide child support ordered by the court for more than a year, numerous courts will be open to lawfully severing the parent-child relationship.

Abuse from the biological parent side could also play a part in the judge’s choice. The purpose of family law is to look out for the well-being of the child. Provided with proof of abuse, a lot of family court judges are most likely to side with the step-parent in matters of lawful custody. Consider working with a family law attorney to help you in confirming abuse or abandonment.

Other Options For Termination of Parental Rights

Birth parents that have not mistreated or abandoned their kids, but who have actually been founded guilty of severe criminal activities, may be in risk of loosing their parental rights unwillingly. Specific crimes suggest to the family court system that the criminal is an unfit parent. This is handled on a case-by-case basis, as well as typically calls for the aid of a Elizabethtown adoption lawyer. According to the Kentucky legislation, the parent consent is also not required if the parent has been convicted of a felony involving serious physical injury to the child.

When To look For An Attorney

Any of the strategies described over could be pursued without assistance. Nevertheless, a family lawyer that is familiarized with the Kentucky adoption laws could be valuable to help your fostering become legally valid to the family members as well as your stepchild. At Clagett & Barnett, our attorneys have experience handling step parent and second parent adoptions. Contact us today – we would be happy to explain the procedure and answer all of your questions, without cost or obligation.