10 Leading Causes of Divorce in the United States 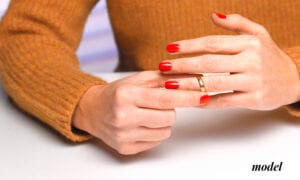 According to the American Psychological Association, about 90 percent of us get married before we turn 50. Some of those marriages go the distance, withstanding the test of time and flourishing for decades to come. Others fall upon rocky times; in fact, the APA notes that someWhat causes the divorce rate to be so high? There is no one answer to that question where between 40 percent and 50 percent of marriages end in divorce.

What causes the divorce rate to be so high? There is no one answer to that question; indeed, there are a number of factors that can assail and ultimately undermine a marriage, sometimes leading to reconciliation but sometimes ending in the marriage’s dissolution.

Take a moment to consider some of the most common causes of divorce in the United States.

Leading Causes of Divorce in the United States 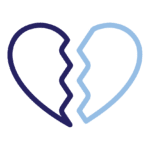 Different couples may respond to marital infidelity in different ways. For example, some couples may have a more “open” or permissive approach to extramarital unions. More often than not, however, an extramarital affair is cause for hurt feelings, broken trust, and potentially irreconcilable differences. It is no surprise, then, that marital infidelity is a leading cause of divorce.

As for what causes marital infidelity, that answer is not as clear-cut. In some cases, a seemingly innocent friendship ultimately blossoms into physical temptation and ultimately a sexual relationship. Additional factors that drive partners to cheat include anger, resentment, or unmet sexual needs.

No matter the cause of infidelity, it can have a disruptive and, at times, shattering effect on a marriage partnership. Often, the terminal result is divorce. 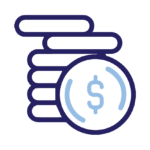 Within any marriage, there will be areas of disagreement or even incompatibility. Some of these are more serious than others, and one of the most consequential of all is personal finance. Simply put, tension over personal finances can be a significant source of friction. If spouses have different desires with regard to lifestyle, different values when it comes to frugality and spending, or different long-term financial goals, it can lead to conflict. In many marriages, a financial disagreement becomes the “final straw” that leads to divorce.

Indeed, studies have indicated that frequent fights about money are a strong predictor of divorce. Given the high level of stress that can accompany financial discussions, this statistic is all too believable. 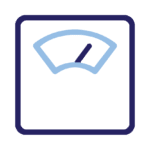 Weight gain may seem like an unlikely factor to influence divorce rates. Actually, when one partner puts on a significant amount of weight, it can impact the relationship in a couple of different ways:

The bottom line is that, if one partner undergoes a significant change in their appearance (with weight fluctuation being the most likely), it can have negative ramifications for the marriage itself. 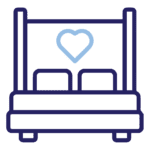 We have all heard jokes about the “honeymoon” period of a marriage, and specifically how it can be a season marked by frequent sexual intimacy. Over time, however, partners may grow distant and intimacy may decrease. Ultimately, when spouses feel like they are no longer as intimately connected with one another, that may lead them to consider divorce.

Note that this is not always a matter of physical intimacy. In some cases, a lack of emotional intimacy can be just as jarring. If one spouse gives the other the “cold shoulder” for an extended period of time, it can jeopardize the strength of their marriage.

Also, be aware that lack of intimacy can directly contribute to some of the other issues on this list. For instance, if one partner is uninterested in having sex, the other may seek to have their appetites sated outside the marriage.

Certainly, lack of intimacy is a common concern; one 2017 study finds that 15 percent of men and 27 percent of women say they have not had sex within the past year. This can be a source of frustration for anyone, but it may be especially dispiriting within a marriage relationship. 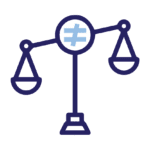 If lack of intimacy is one potential cause of divorce, an equally serious issue is lack of equality.

What does this mean, exactly? If one partner feels like they are doing the lion’s share of the work around the house, and/or contributing the most to the family’s bottom line, that can sometimes lead to resentment. The spouse who contributes the most may feel like they are being taken for granted.

At the same time, it is important to remember that some spouses may be unable to contribute at the level they would like. For instance, if one partner wants to be the breadwinner but struggles to find gainful employment, that can sap their pride and their self-confidence. This, too, can lead to problems within the marriage relationship. 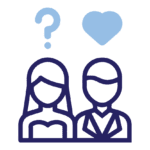 How can you tell when you are ready to commit to marriage?

There is no easy answer to that question, and yet, it is undeniable that some partners approach matrimony feeling more prepared than others. And for those who enter into marriage with unrealistic expectations or with false impressions of what marriage will be like, the risk of divorce is particularly high.

Perhaps this explains why divorce rates are highest among those who get married when they are still very young. One study notes that nine percent of 30-year-olds have already ended one marriage. 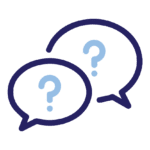 In some ways, many of these causes of divorce can ultimately be boiled down to miscommunication. Communication is essential to any relationship, and without healthy communication habits, spouses may run into issues with resentment, frustration, or misaligned expectations.

It is easy to describe bad communication: spouses who yell at each other throughout the day, spouses who are passive-aggressive, or spouses who simply do not talk at all about the things that really matter to them. Describing healthy communication is harder, but marriage counselors would surely agree that it requires intentionality, patience, and mindfulness.

A lack of this healthy, clear communication can lead to misplaced expectations regarding physical intimacy, family dynamics, spousal responsibilities, and money; in short, it can snowball into a whole host of problems and finally lead to divorce.

Addiction comes in many forms. Drug and alcohol abuse are the ones we think of most readily, and yet addiction to sex, pornography, or gambling can be just as detrimental to a marriage.

The reason for this is that a true addiction takes over a person’s life, compromises their decision-making abilities, and can shatter spousal intimacy. Additionally, addiction can come with a high financial cost. In some cases, it can also endanger employment.

While addiction recovery is attainable, and can sometimes save a marriage, untreated addiction will often result in divorce. 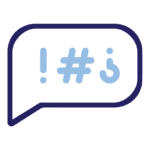 The most serious reason to consider divorce is any persistent pattern of spousal abuse.

This certainly encompasses physical abuse, which can place one spouse’s life in immediate danger. However, patterns of verbal or financial abuse can also be corrosive and are very valid grounds to leave the marriage.

This is not just restricted to abuse between spouses, either. When abuse is directed at a child, a sibling, or an elderly family member, that can be extremely concerning. It may make one spouse want to rethink their relationship.

In some cases, an incident of domestic abuse may be linked with an underlying factor like loss of employment or struggles with substance abuse. This certainly does not excuse violent behavior, but it may leave a door open for rehabilitation. For patterns of ongoing domestic abuse, however, victims are urged to seek help, putting their physical wellbeing first. Often, the end result of this is terminating the marriage. 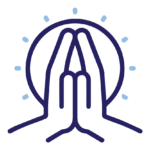 According to a Pew Research study, 69 percent of married people say their spouse shares their religious views. While it is not always necessary for married partners to have the same religion, it does make it more likely that their other values are in alignment. And, it has practical benefits: The couple is more likely to agree to weekly religious observation, to see eye to eye on how they will raise their children, and more.

For those who do not share a religion, marriage tends to be less happy; when partners marry without being clear about their religious views (or about the other person’s religious views), or if those views change over time, it can increase the risk of divorce.

Speak with a Divorce Attorney from Clagett & Barnett

There are many causes for divorce that are totally valid, both morally as well as legally. If you believe you have cause for divorce and are ready to meet with a family lawyer, feel free to reach out to the attorneys at Clagett & Barnett directly.